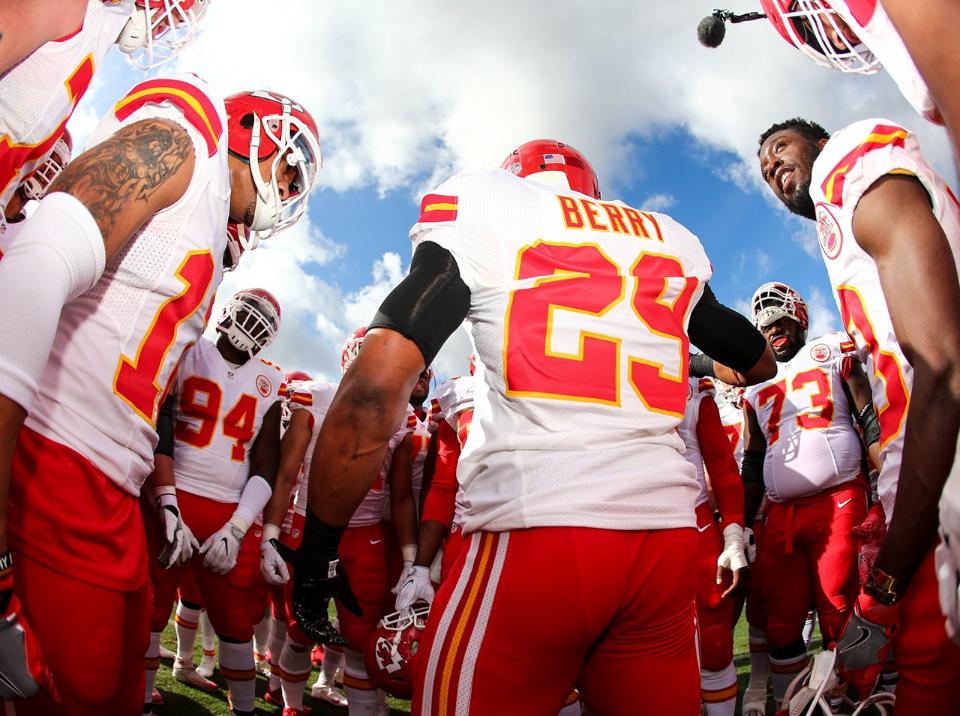 
In the final Top Ten Tuesday position ranking for 2017, we’re going over the best safeties in the NFL. As always, there are many different opinions so this list can vary a lot; and there were great players left off the list too. Here are the rankings for each position:

The fifth overall pick in the 2010 NFL Draft has certainly made the Chiefs very happy with their selection over his seven years in the league. Eric Berry is a truly inspiring story because of his battle with cancer, but he’s not considered the best safety in the NFL just because we want to root for him—Berry does it all for the Chiefs as someone that can play both in the box and deep in coverage. The 28-year-old cashed in on a six-year, $78 million deal this offseason, and he’s worth every penny.

As the 6’3”, 225+ lbs. enforcer of the Legion of Boom, Kam Chancellor might be the best of the bunch on Seattle’s defense. Chancellor is a sure-tackler that also delivers hit-stick-like hits to receivers going over the middle. We saw how valuable Kam is when the Seahawks started off 0-2 in 2015 during his holdout.

Landon Collins’ former teammate at Alabama is right up there as a difference-making safety in the league. Ha Ha Clinton-Dix had five interceptions—the same number as Collins—last season while patrolling the back-end for the Green Bay defense. The 24-year-old might have the most range in coverage of any safety in the NFL, but he isn’t afraid to lower his shoulder on offensive players either.

With 23 career interceptions, there is no doubt Earl Thomas is someone opposing quarterbacks need to watch out for. The team struggled a bit when he fractured his leg in Week 13 against the Panthers, but he’ll be good for Week 1 this year. Thomas is a four-time First Team All-Pro safety and could be considered number one on the list, but he misses more tackles than our top four.

During his first season with the Ravens, Eric Weddle showed he still has it after spending nine years with the Chargers. Weddle had his second most interceptions in a season with four, and Ravens fans quickly became huge fans of their new safety (and his beard). With pieces like fellow safety Tony Jefferson added to the Ravens defense this offseason, the 32-year-old should remain a big part of a potentially elite defense in 2017.

Everyone on this list does, but Harrison Smith is someone that really pops off the screen when watching him play. Smith rarely misses tackles and is one of the best blitzing safeties in the NFL. The Vikings have a very talented defense, and their former first-rounder out of Notre Dame is one of its leaders.

Jones battled through a shoulder injury in 2015 and 2016, but eventually had to get season-ending surgery when he tore his rotator cuff in mid-October last year. Thankfully, he’s now healthy and could have a huge 2017 for the Dolphins. During his last full season in 2015 (while not 100% because of his shoulder issues), Jones had 135 tackles, two sacks, five interceptions, and two touchdowns—a monster season that he did not get enough credit for.

His stats are not exactly eye-popping, but Devin McCourty is a balanced safety that does whatever the Patriots ask of him. He can control the middle of the field as a true safety, and he also has the ability to drop down and play corner and nickel. His five-year, $47.5 million contract from 2015 shows how much New England values him as a member of their team.

Also known as the “Honey Badger,” Tyrann Mathieu simply has a nose for the football. Similar to McCourty for the Pats, Mathieu can be used in a variety of ways, and despite being listed at five-foot-nine, the former LSU star is not only a reliable tackler, but he can also lay down some big hits. Malcolm Jenkins could have easily been listed here, but when healthy, Mathieu is a little more dynamic.