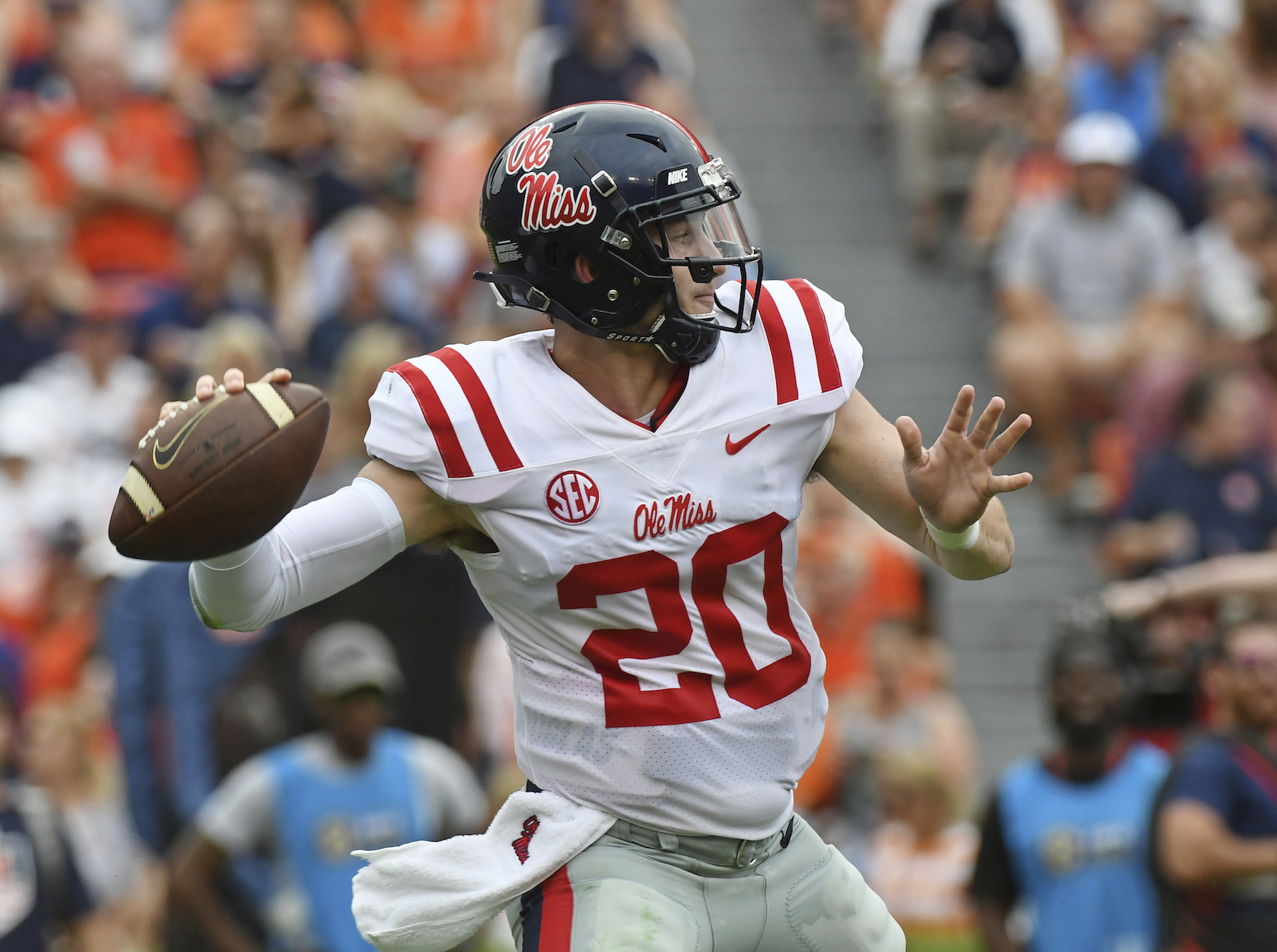 
Jim Harbaugh and Michigan have a new quarterback, as former Ole Miss star Shea Patterson transferred and is eligible to play immediately in 2018. He comes just ahead of Ohio State quarterback Dwayne Haskins in the Heisman Trophy candidate countdown.

Despite not being a graduate transfer, Ole Miss eventually worked with Michigan to allow Patterson to play this season. Patterson is one of the most talented free-agent-like transfers of all-time.

Patterson isn’t as explosive as a runner, but he looks similar to former Heisman Trophy winner Johnny Manziel with his ability to extend plays and make off-platform throws to his receivers. He’ll be able to create memorable highlight plays, and there will be plenty of opportunities to do so in huge games against Big Ten opponents. Michigan opens the season against Notre Dame, which will obviously be a high-profile matchup that could be the opening argument for Patterson’s Heisman candidacy. Harbaugh is one of the best offensive coaches in the nation, and the fact that Michigan doesn’t have an offensive coordinator yet could indicate he’s had a huge hand in molding this year’s attack. If the Wolverines win the Big Ten, it likely means Patterson is near the top of Heisman lists.

Winning the Big Ten isn’t going to be easy. Penn State has senior quarterback Trace McSorley leading them, while Ohio State and Michigan State are always in it. Michigan has struggled against all of them, and Patterson might not be able to change that. Patterson is coming off a knee injury and hasn’t played since last October, which could affect his play early in the season. Also, defense has been the calling card for Michigan since Harbaugh has arrived there.

Patterson needs to lead Michigan to a Big Ten title and/or the College Football Playoff, and he needs to show up in the big games against top Big Ten opponents.