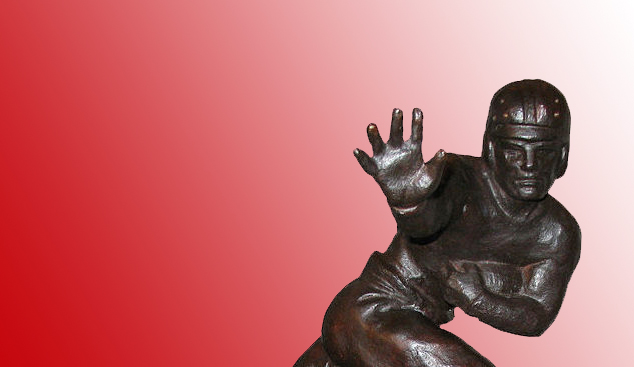 
Our 2019 Heisman Trophy concludes one day before kickoff of college football. Here’s the entire countdown:

But in addition to putting up remarkable numbers, Taylor is simply an incredible player. Taylor has track-star speed in the open field, and he’s a beast of a runner that sheds arm tackles and runs defenders over. Every week, Taylor should have a gamebreaking highlight play, and he should have at least 300 carries, so there’ll be plenty of opportunities for him to do serious damage.

Taylor hasn’t been heavily involved as a receiver to this point in his career (16 receptions through two years). Wisconsin isn’t a conference or Playoff favorite—they might have a few losses while other top Heisman candidates might be on undefeated or one-loss teams. Perhaps Taylor’s workload won’t be increased too much if the program has an eye toward keeping him healthy for the next level.