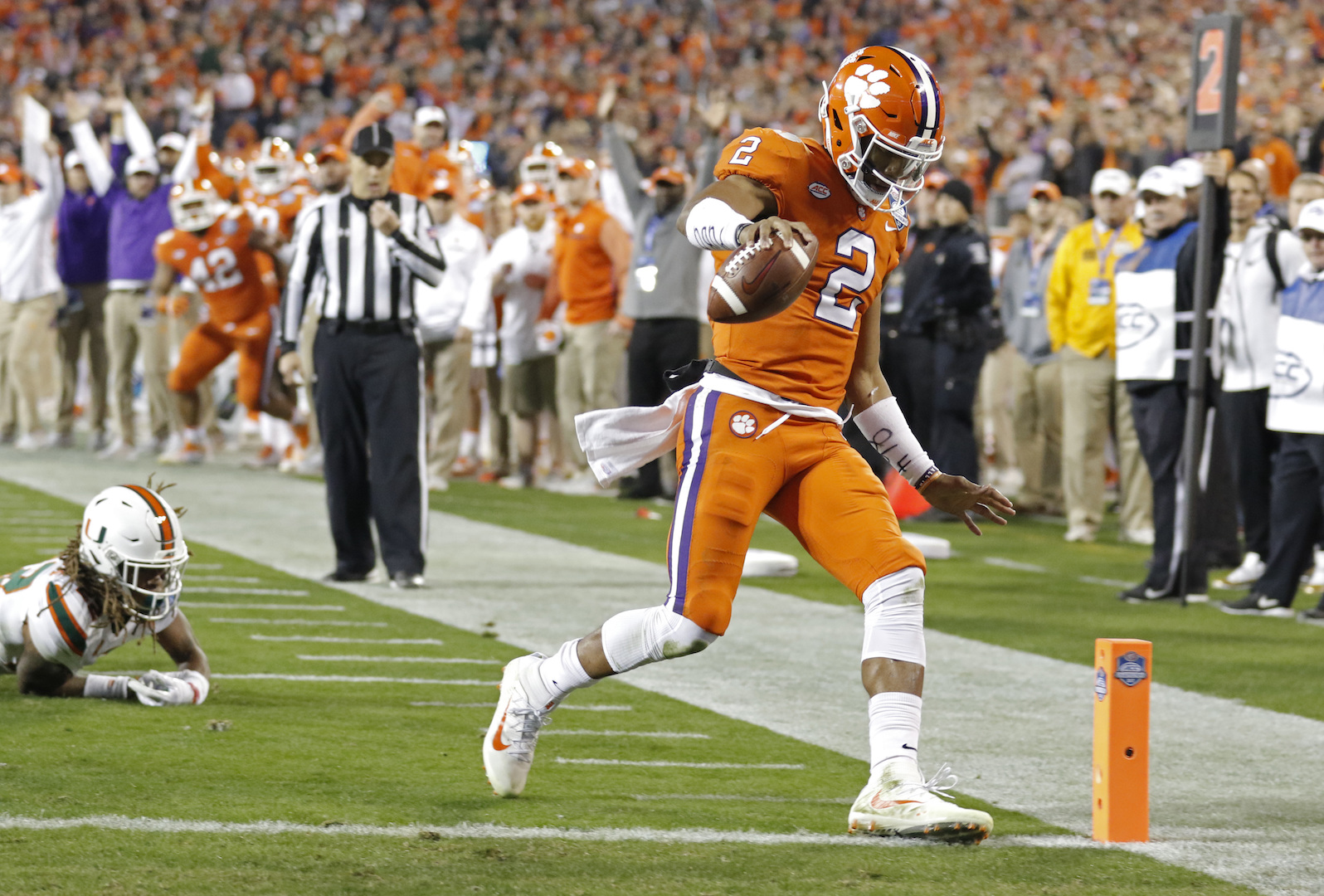 
Clemson quarterback Kelly Bryant is next up in the countdown of the top Heisman Trophy candidates for 2018.

Tasked with taking over for the great Deshaun Watson as Clemson’s starting quarterback, Kelly Bryant had a good season and helped lead the school to an ACC title and the College Football Playoff. Now he’ll look to take the next step and become one of the nation’s top Heisman candidates.

During his first two years at Clemson, Bryant had to sit and watch behind Watson. But based of Bryant’s play as a junior last season, it looked like he had been paying attention and learned a thing or two from Watson. Despite barely getting any time in his first two college seasons, Bryant looked like an experienced quarterback while leading the Tigers; he kept the offense moving, and his potential as a dual-threat quarterback was evident. Clemson is again the heavy favorite in the ACC, so they’ll have a great chance at yet another Playoff appearance—potentially with Bryant leading the way.

True freshman quarterback Trevor Lawrence is a very talented player that people are extremely high on. Clemson head coach Dabo Swinney has not declared that Bryant will be the starter in 2018, and there’s a chance the freshman Lawrence starts right away. Also, if Bryant is the starter, he’ll still need to improve throwing the ball after he showed promise last season. Bryant had only 13 passing touchdowns and eight interceptions in 2017. It’s also worth noting that Deshaun Watson didn’t win the Heisman despite exceptional seasons at Clemson.

Bryant needs to remain the Tigers’ starting quarterback as he enters his senior season, and Clemson must win the conference and get to the College Football Playoff again. The passing stats for Bryant need to increase.