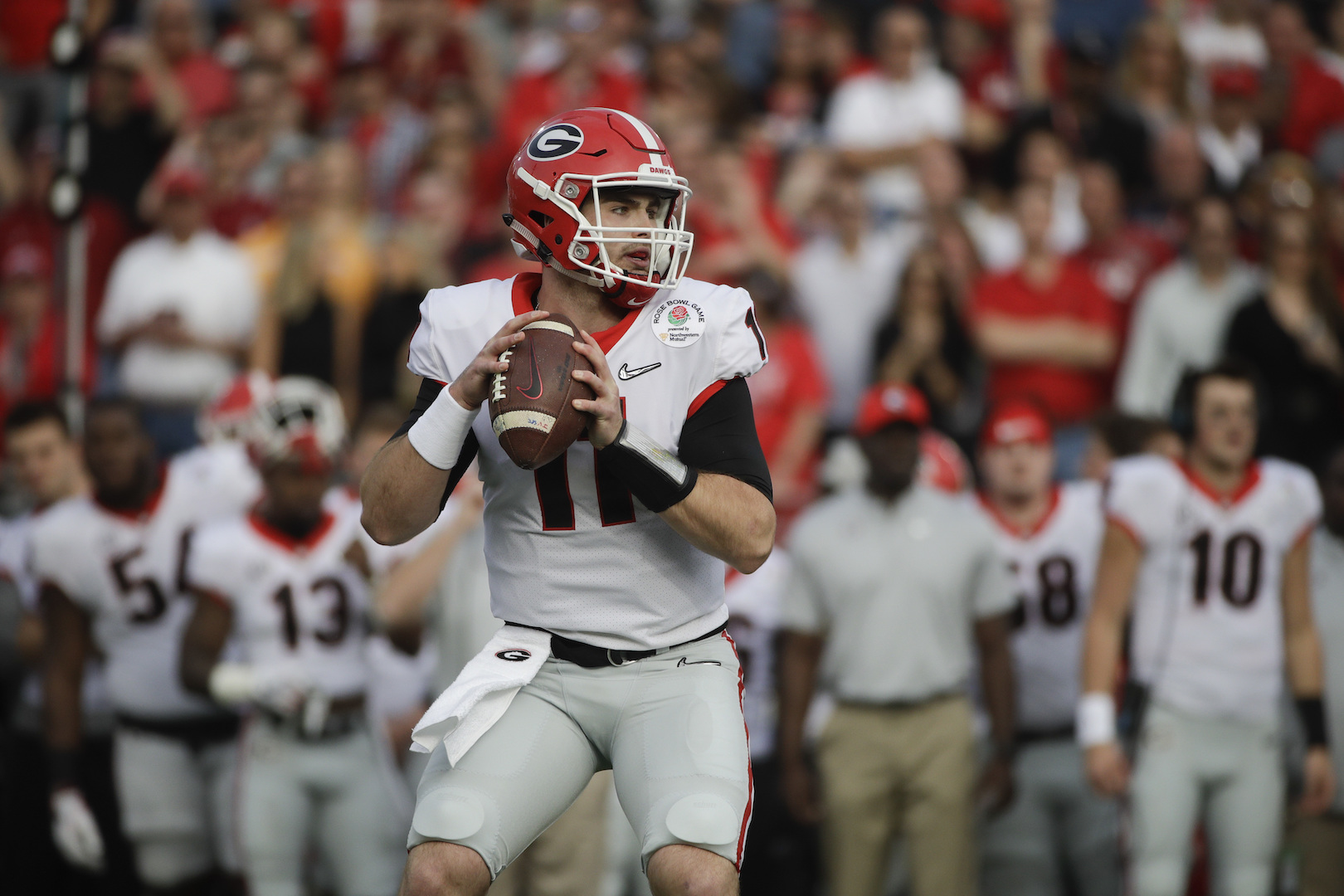 Fromm showed uncommon poise as a true freshman while leading Georgia to an SEC title and the national championship game last season. In 2018, he should be near the top of the Heisman race.

Fromm already put up excellent numbers during his first college season, throwing 24 touchdowns compared to seven interceptions while throwing for 2,615 yards on just 291 attempts. He also added three touchdowns on the ground. Fromm could be even better with a year of experience, and there’s a chance Georgia puts more on his plate after he’s shown he can handle it. The Bulldogs should be squarely in the SEC and College Football Playoff hunt again. The season hasn’t even started yet, but Georgia doesn’t appear to have a very imposing out-of-conference schedule; their toughest game overall is probably against Auburn, but they get to play them at home.

Georgia is losing some really good players on both sides of the ball, so they could take a step back with guys filling in. Even while losing running backs Nick Chubb and Sony Michel, and key defenders like Roquan Smith and Lorenzo Carter on defense, Georgia might be committed to running the ball and relying on great defense, so Fromm might not be asked to do much more than last season. It would be a bit of a surprise, but talented freshman quarterback Justin Fields could take some time from Fromm. Also, sensational sophomore running back D’Andre Swift could get most of the Heisman recognition for the Bulldogs.

Fromm showed he can play at a very high level, and he must play even better in his second college season. Georgia needs to win the SEC or make the College Football Playoff as a non-conference champion.